In the early 1970s, Sylvia (below) and her husband Aaron Scheinfeld, Chicago philanthropists, began sending letters to local leaders interested in racial justice, low- and moderate-income housing, and economic development.

They envisioned a conference center in Woodstock, Illinois, where participants could debate social justice issues and plot solutions. The Woodstock Institute was established in 1973 as the program arm of the Sylvia and Aaron Scheinfeld Foundation. Its purposes were to conduct research, training, and education about public and private policy alternatives that would diminish discriminatory housing and investment patterns in the Chicago metropolitan area. By the end of 1976, it had become obvious that much of Woodstock’s work had national implications in so far as other metropolitan areas were suffering from many of the same problems that Woodstock was attempting to address in the Chicago region. For this reason, Woodstock Institute was incorporated as a separate non-profit corporation early in 1977, and it began to seek grants and contract opportunities from foundations and government agencies throughout the country. 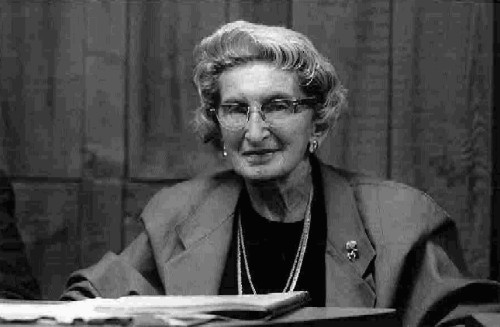 Working with Sylvia Scheinfeld, was a group of people who combined a commitment to civil rights with a belief that inventing solutions was as important as clear-headed descriptions of problems. This group included: Stan Hallett—ordained minister, inventor, and long-time lecturer in ethics at Northwestern University’s Kellogg School of Management; Al Raby, co-founder of the Southern Christian Leadership Conference; Ron Gryzwinksi—co-founder of South Shore Bank, the nation’s first and premier community development bank; John McKnight, former Midwest director of the U.S. Civil Rights Commission under Lyndon Johnson, and professor at Northwestern University’s Center for Urban Affairs; and Alex Polikoff—lawyer, public housing advocate, and founding director of Business and Professional People for the Public Interest.

It was an incredibly inventive period in Chicago and the nation’s nonprofit history that saw the creation of the Center for Neighborhood Technology, the Neighborhood Capital Budget Group, National People’s Action and the National Training and Information Center. While the goals of these groups were diverse, they had a common interest in finding ways to level the playing field between inside power brokers and ordinary people.

Woodstock’s first project involved organizing against plans for the Fox Valley luxury development outside of Aurora, an older satellite suburb of Chicago. Fox Valley threatened to drain tax revenue and middle-class citizens from Aurora while fostering race and class segregation by omitting affordable housing. At Al Raby’s suggestion, Woodstock Institute concentrated on educating teachers about the relationship between development, taxation, and education. The effort failed to change the developer’s plans and Aurora began a long decline, but the first shot had been fired.

Soon to follow was Woodstock’s first national effort, a conference of governors and elected officials from over 30 states that was hosted by U.S. Senator Adlai Stevenson III. The debate centered on how inequitable public and private investment contributes to regional inequalities and inner-city decline. Since then, Woodstock has blended local and national research and action to restore the economies of inner-city and inner-ring suburban communities.

Vital laws such as the Fair Housing Act (1968), the Home Mortgage Disclosure Act (1975), and the Community Reinvestment Act (1977) came out of public concern about race and class discrimination, white flight, and inner city decay in the early 1970’s. Taking advantage of these valuable tools, Woodstock, with community groups such as the National Training and Information Center (NTIC), began the grueling tasks of detailing housing discrimination and helping community groups negotiate with banks and bank regulators to effect change. Today, Woodstock uses computers to chart and analyze such data; back then, the number crunching involved collecting reams of raw data and analyzing it by hand. The best known example of this work is the annual publication of the Community Lending Fact Book, which has detailed home loans for each of Chicago’s neighborhoods since 1985.

Persistance paid of in 1983 when Woodstock Institute, led by Larry Swift, joined with NTIC and other community allies in negotiations with First National Bank of Chicago over the first major reinvestment agreement in the country. The agreement, worth $200 million in loans for lower income and minority communities, was quickly followed by agreements with the Northern Trust Company and Harris Bank. Woodstock’s role, says former President Jean Pogge, was to convene a coalition of community groups and provide them with data and analyses they needed for the intense negotiations. Woodstock Institute used these experiences to conduct similar analyses of redlining in Washington D.C. and Denver, and has since completed economic development and investment work in cities throughout the world.

“The importance of Woodstock’s work,” say former board member Liz Hollander, national director of Campus Compact and former Chicago Planning Commissioner, “is that they understand that communities are built by a combination of public and private forces. Neighborhoods need private investment, and private businesses need good neighborhoods in which to do business.”

Operating on that understanding, Woodstock Institute had helped solve community economic problems. It has played a role in the expansion of ShoreBank to Chicago’s Austin neighborhoodand Arkansas, and to the births of the following organizations: The Women’s Self Employment Project; the Austin-West Garfield Credit Union; the Chicago Community Loan Fund; and the Housing Abandonment Task Force. Woodstock has also highlighted the best private- and nonprofit-sector small business lending programs in the country. The Institute has analyzed why federal empowerment zones should be drawn on the basis of job patterns as well as residence patterns, and has demonstrated the effects of concentrating check-cashing outlets and liquor stores in poorer communities. It pioneered the study of predatory home mortgage and payday lending and worked to develop strategies to limit such destructive loans

In the late 1980’s, Woodstock Institute was among the first to call attention to a growing number of financial institutions specifically created to serve lower income communities. Woodstock coined the phrase “community development financial institutions” (CDFIs) to describe these banks, loan funds, credit unions, micro-loan programs, and venture capital funds. In a series of publications, Woodstock documented CDFIs purpose and structure, evaluated their community development impact, and assessed the industry’s potential and needs. When the analysis showed that CDFI’s chief need was capital, Woodstock joined with the industry to design legislation that resulted in the creation of the federal CDFI Fund, which provides CDFIs with capital and technical assistance.

Woodstock has always approached problems by building connections among such diverse actors as community groups and activists, financial institutions, bank regulators, public officials, and researchers. Woodstock works with very small nonprofits as well as large national organizations. Woodstock staffers serve on the boards of such groups as the National Community Reinvestment Coalition, the CDFI Coalition, and the Financial Markets Center. Woodstock has also advised Episcopal dioceses in New York and North Carolina on socially responsible investing, worked with the Federal Reserve Banks in Cleveland, Chicago, Boston, and San Francisco to reduce discrimination in the home-buying process, and established connections with the community reinvestment industry in Brazil, South Africa, and India.

Former Board member Sandra Scheinfeld, daughter-in-law of the Institute’s founder, concludes: “Woodstock works to demystify the financial field and transfer power mindfully to its community users.”

Communities and Finance in the 21st Century

American families face new challenges in building their economic futures. The burden of planning for retirement has shifted to individuals. Social Security in under attack and private schemes place more responsibility on workers to plan for and fund their own retirement. Financial institutions flood mailboxes with credit card, home equity and insurance offers, products that may or may not help a particular family. Debt has replaced savings as the key bank product for families. Meanwhile, unplanned sprawl continues to threaten older communities with job loss and other reductions in public and private investment. “At the same time,” says Woodstock’s former president, Malcolm Bush, “if the lines between banks, insurance companies, and securities firms continues to blur, massive international corporations whose financial stability lies outside the control of state and federal regulators will be created. These global horizons leave mega-corporations insensitive to the needs of communities.” Such problems shape Woodstock’s new challenges.

In sum, the issues Sylvia Scheinfeld raised in 1973 concerning economic justice and the importance of rebuilding impoverished communities still demand our utmost energy and creativity. Woodstock Institute remains dedicated to its original goals, and will continue to work for the economic well-being of lower-income households and neighborhoods.