Results from the latest American Community Survey (ACS) released on September 17th illustrate persistent inequality by race and ethnicity in income and homeownership rates among Chicago residents. The ACS is an annual survey administered by the US Census Bureau that provides vital information about the nation’s population and its characteristics.  Here’s a look at the latest income figures alongside trends since 2010: 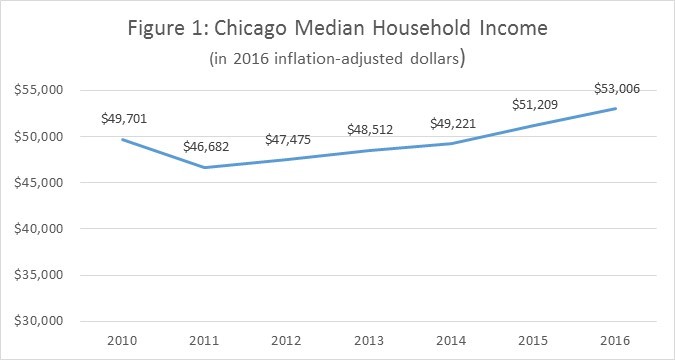 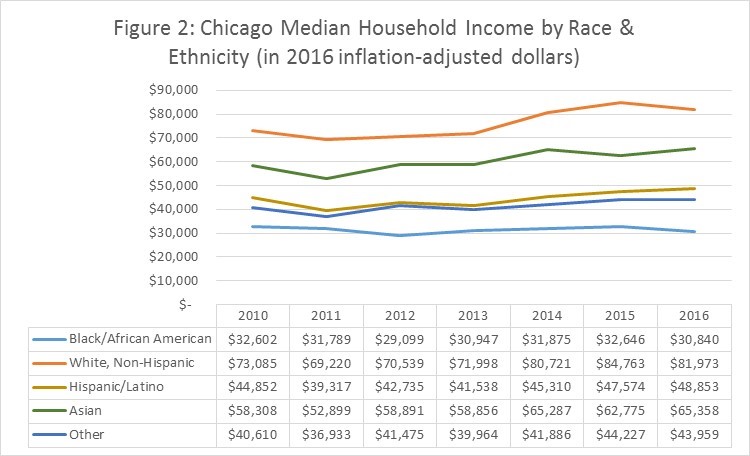 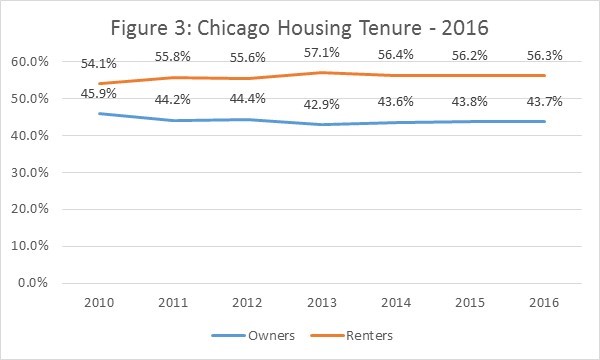 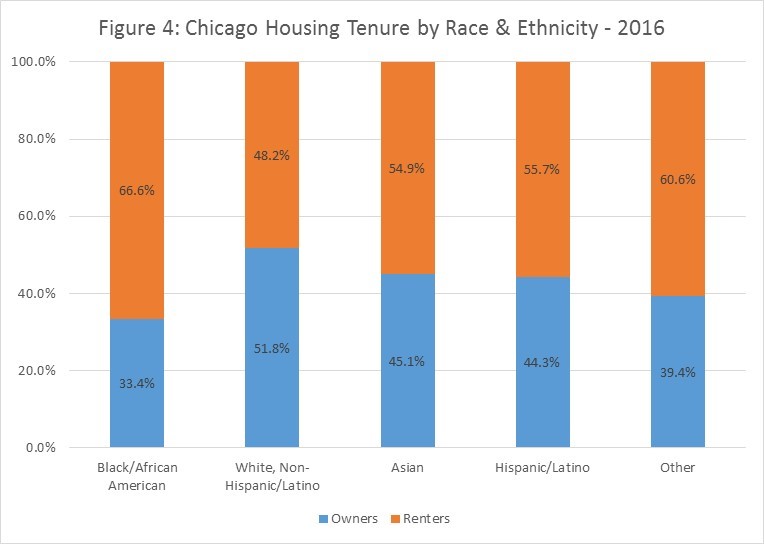 A Drop in the Poverty Rate, but Continued Wealth Concentration 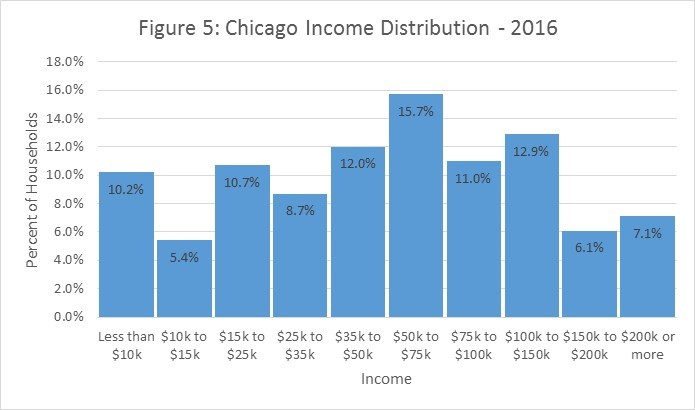 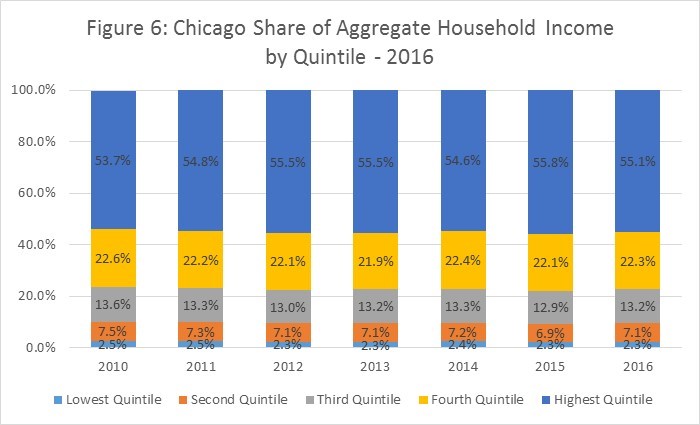 Wealth Concentration – Above Average, but Comparable

Chicago’s wealth concentration as measured by the Gini Coefficient remained above the national average but comparable to other cities its size (see Figure 7). The Gini coefficient (or Gini index) is a commonly used index of wealth concentration. The closer a country or city’s coefficient is to 0, the more equally distributed its income. The closer the Gini coefficient is to 1, the more unequal its income distribution. Of the five largest cities, New York’s coefficient was the highest.  Indices for Los Angeles, Chicago, and Houston were clustered together, and Phoenix trended near the national average. 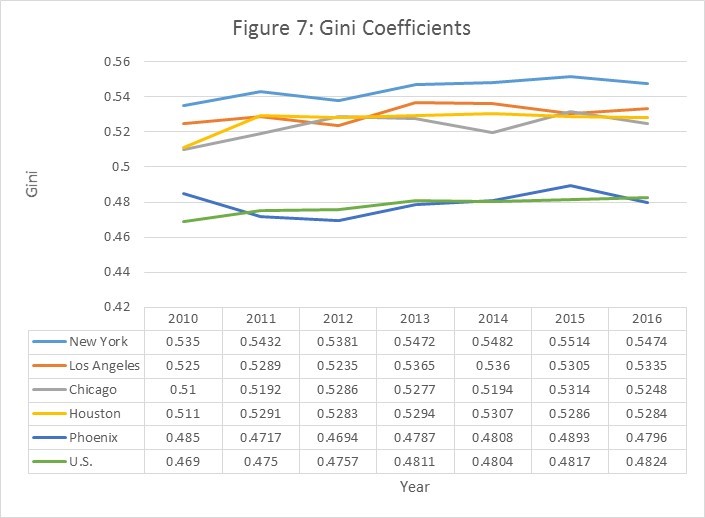 For more information about the ACS Survey and how Woodstock Institute uses such data, please contact Research Director Lauren Nolan at lnolan@woodstockinst.org or (312) 368-0310.