Trying to hold thoughtful discussions in D.C. about public policy amidst the drama of late night Tweets, surprise retirements, and FBI raids is no small feat! But from April 9 through 11, Woodstock joined advocates across the country at the National Community Reinvestment Coalition’s (NCRC) Just Economy Conference to focus in on community reinvestment developments, practices, and policies.  The conference reminded us and our allies that despite the current wave of overwhelming political change and instability, we’re not backing down. We’re here for the long haul in the fight for financial justice. 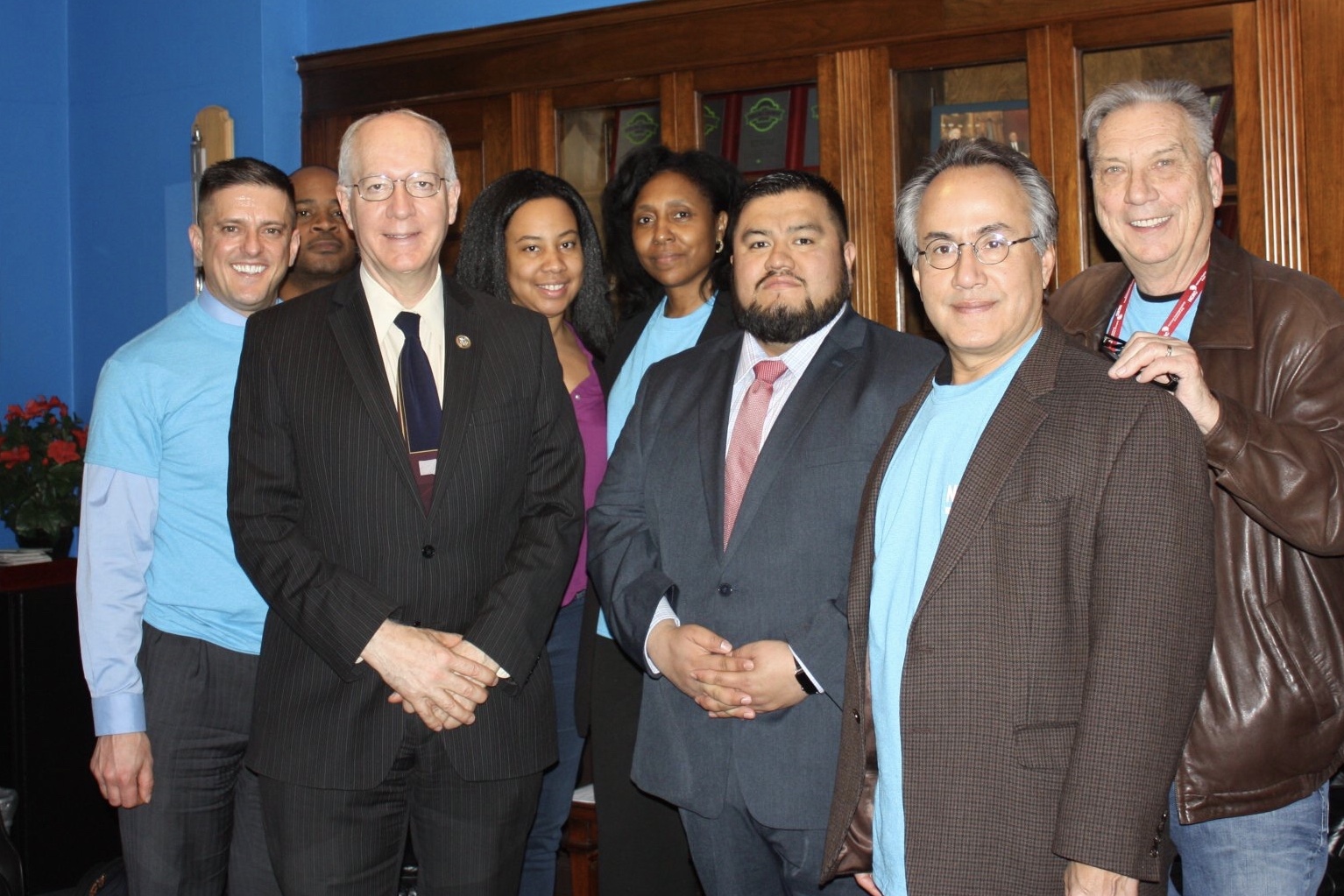 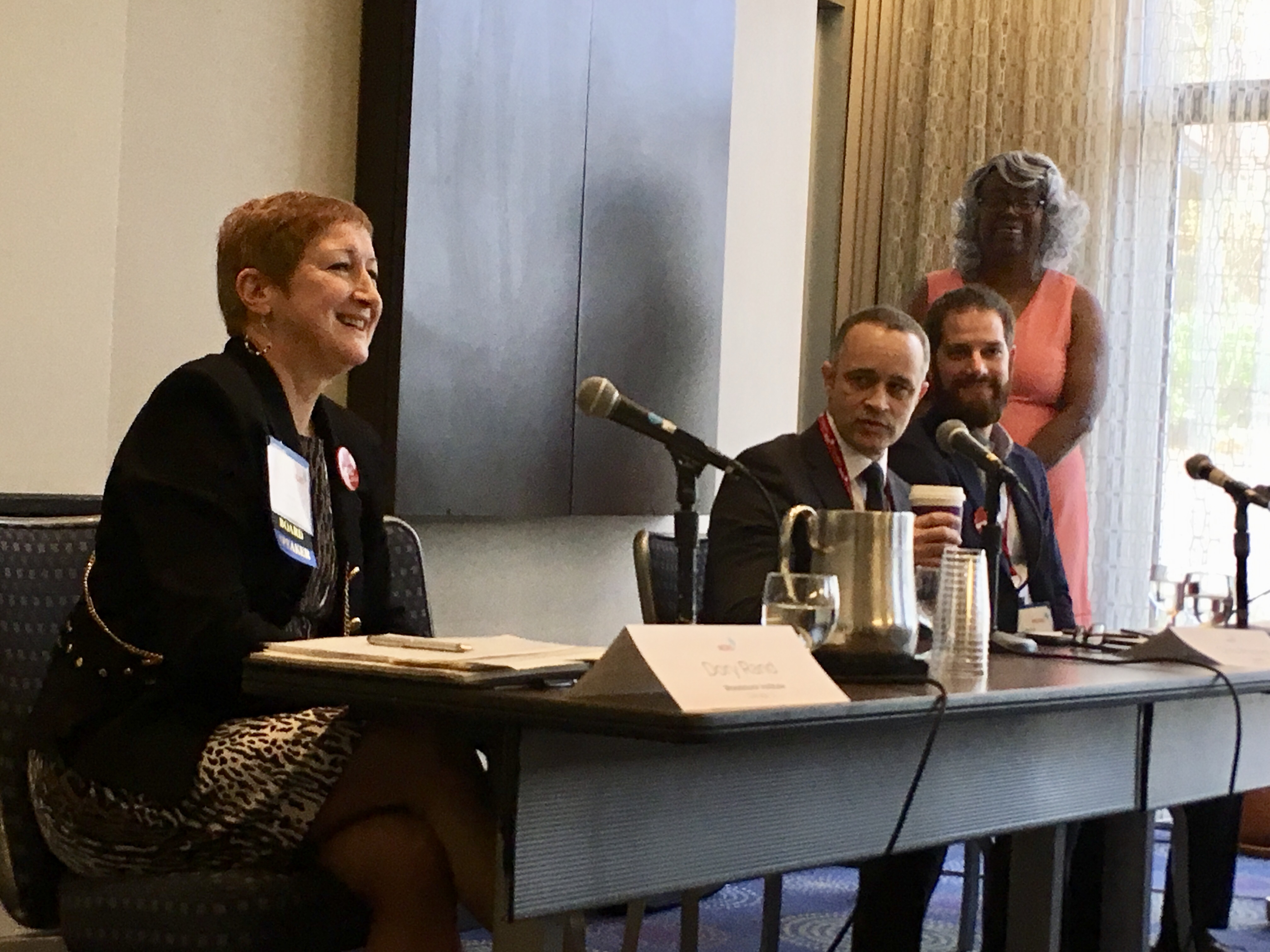 Woodstock Institute President Dory Rand speaks on a panel about fintech innovation with Chris Massey of Square and Louis Caditz Peck of LendingClub, moderated by Stella Adams of NCRC. 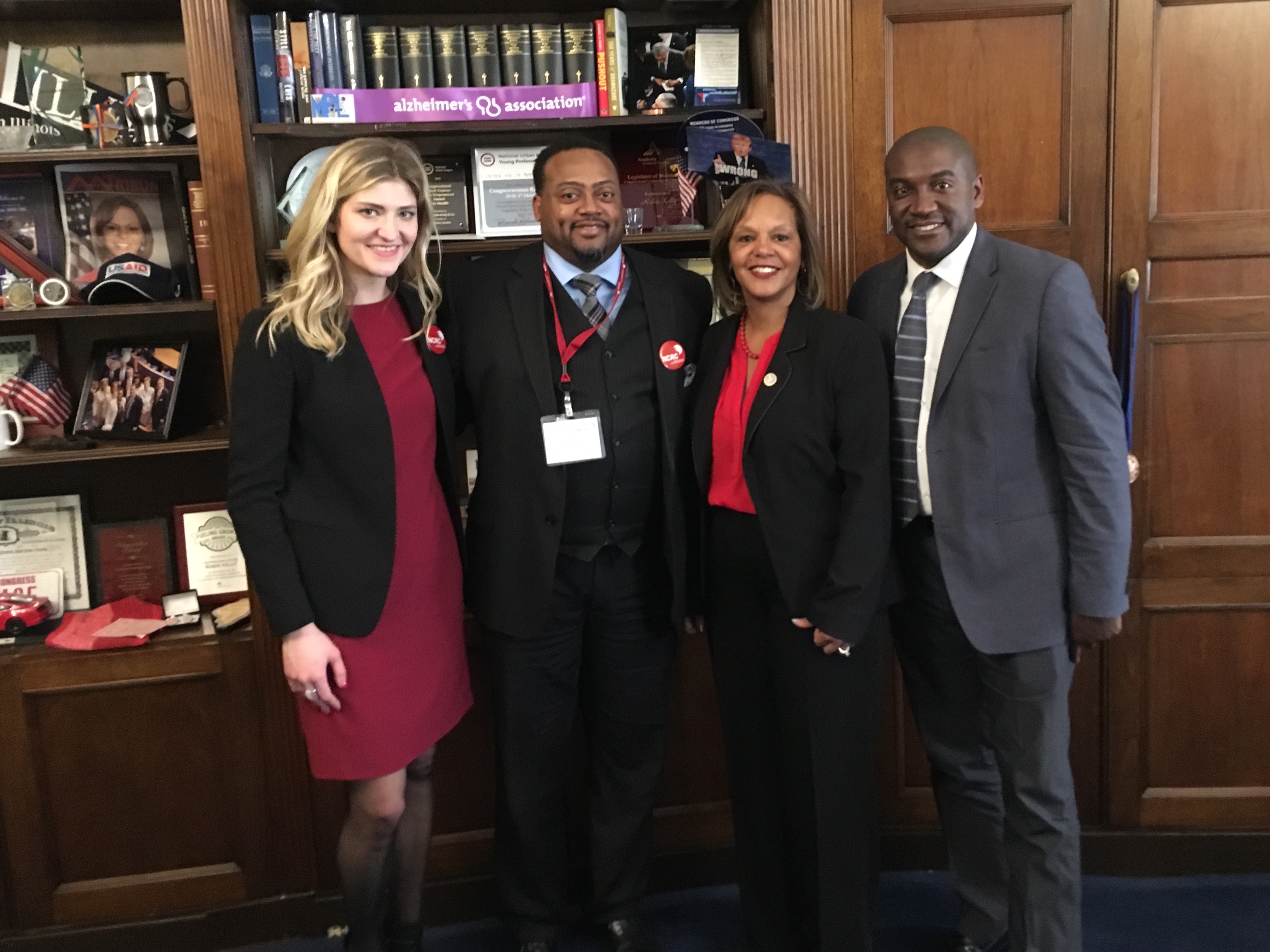 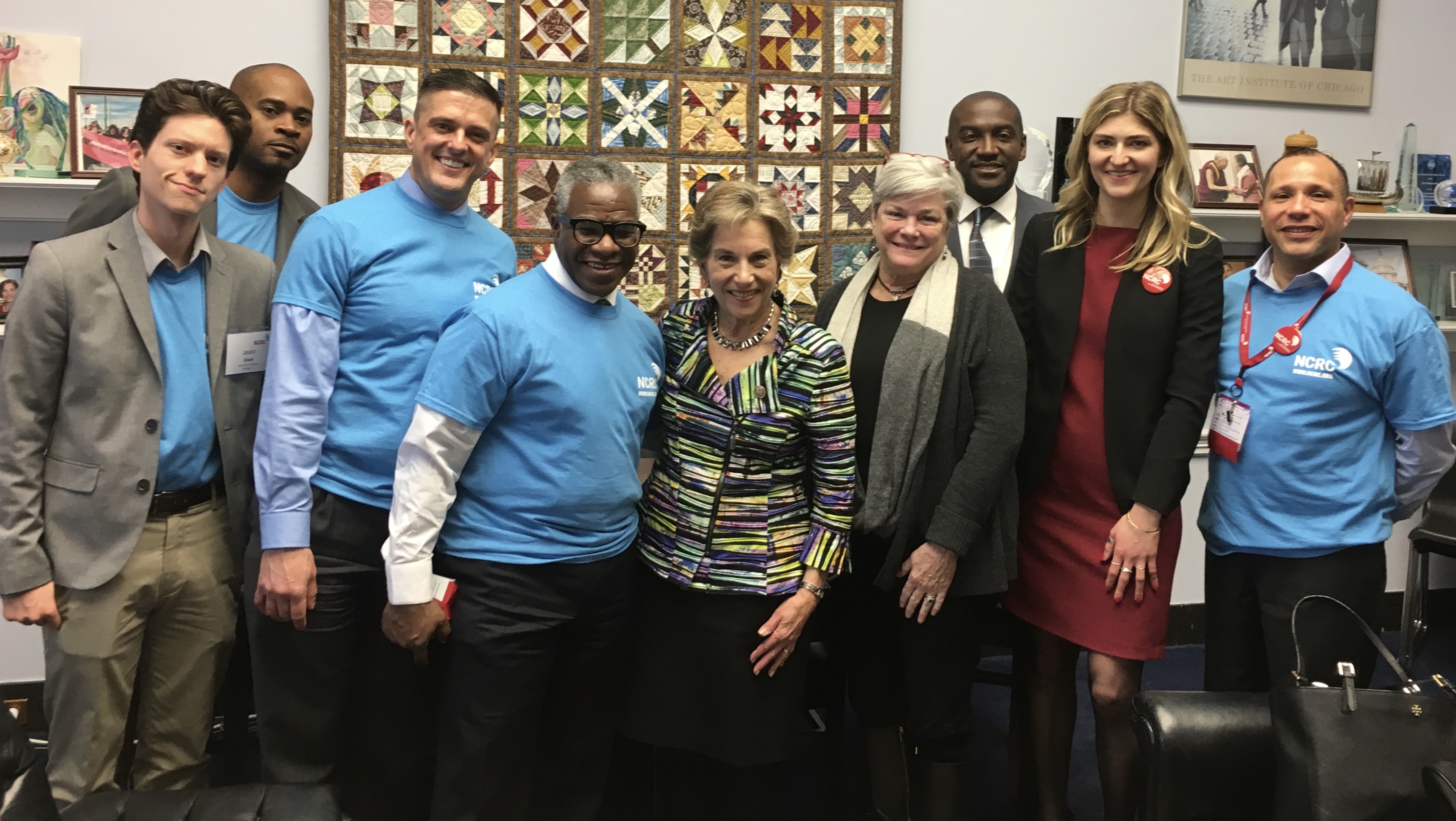 When the Illinois group arrived, Congressman Danny K. Davis welcomed the group in, quickly recounting previous meetings and shared connections within the community. When it came time to talk about the issues, Congressman Davis listened intently to our asks: 1) protect consumers by upholding the Community Reinvestment Act (CRA); 2) collect (and protect the collection of) HMDA data; 3) keep Freddie Mae and Fannie Mac’s affordable housing work alive; 4) shield important payday and title lending protections—designed to protect vulnerable borrowers from the debt trap–  from Congressional repeal; and, 5) make adequate budget appropriations to serve the needs of low- and moderate-income folks. The Congressman’s reply was profound, answering our asks with a challenge of his own: “We need to do more,” he said. 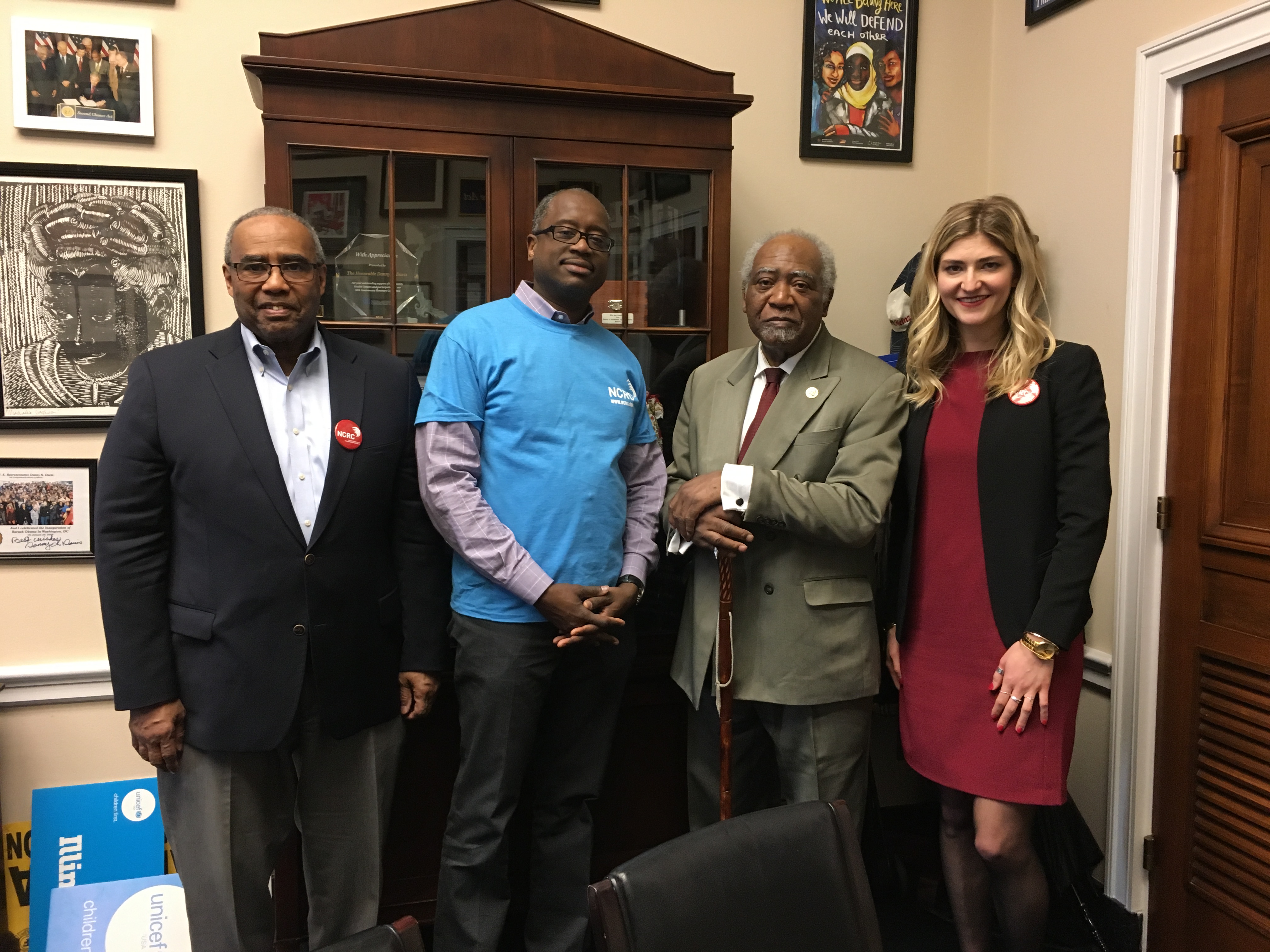 Congressman Davis recounted the creation of the Community Reinvestment Act, including his experiences with the Chicago activists, such as Gale Cincotta, who took community reinvestment from theory to the law of the land. He then proposed we work closely together in the future to engage with the people of the Austin neighborhood in his district, who can use the CRA as a tool for community self-empowerment.

Some offices asked our Illinois delegates hard questions, or sought valuable information that was not readily available. For example, one office requested that we identify Community Development Financial Institutions (CDFI) and CDFI-funded projects in the 6th district for the Congressman to visit. 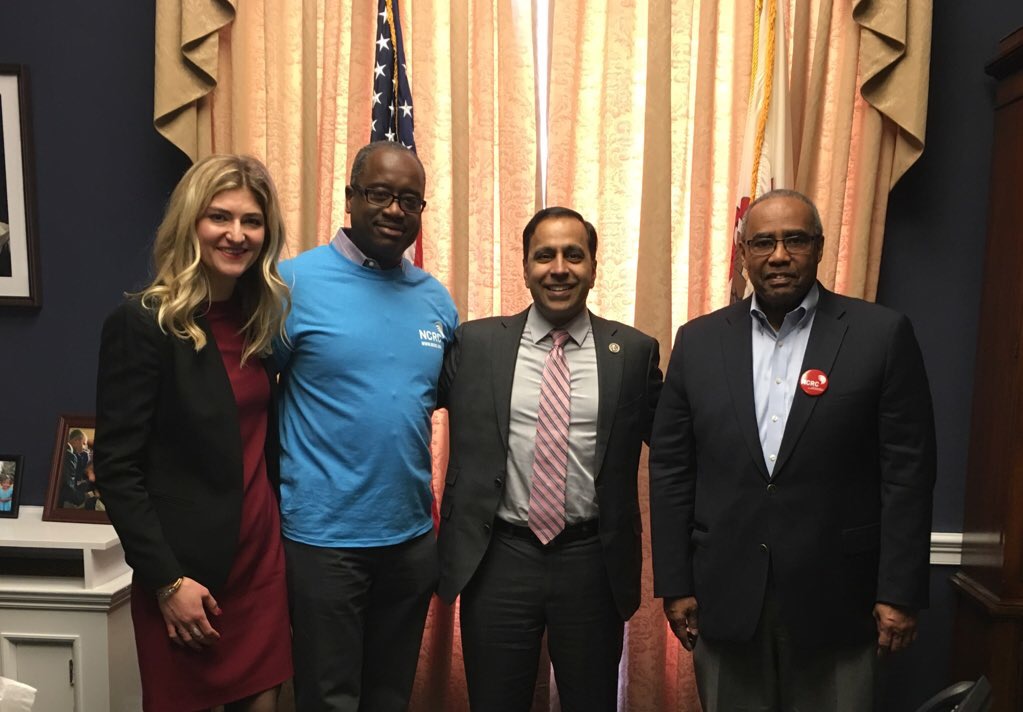 Despite a grueling day, the Hill Day participants emerged energized and better prepared to correct inequities in our financial system. Stay tuned to hear how these important issues develop, and how you can engage in future collaborative opportunities!

May 4, 2018 at 7:20 pm
Blog
Community Reinvestment
Tweets by @WoodstockInst