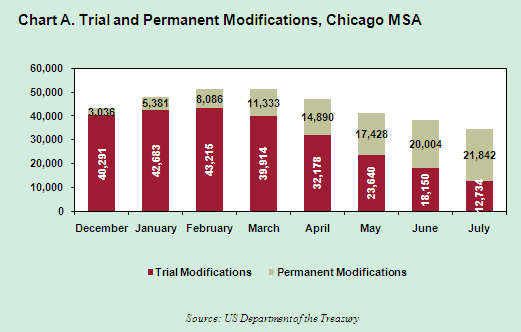 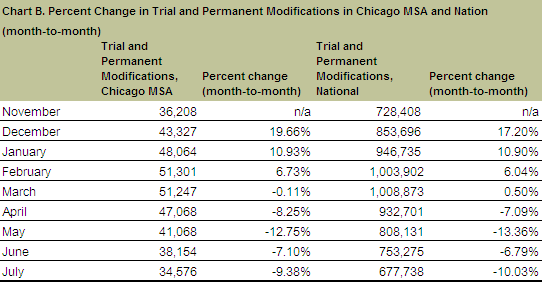 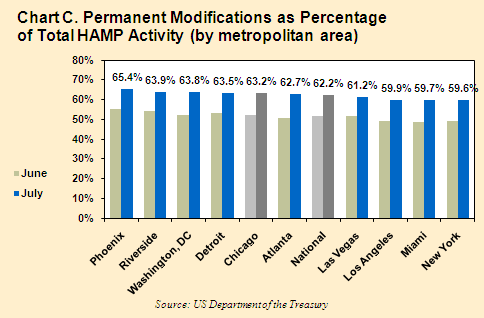 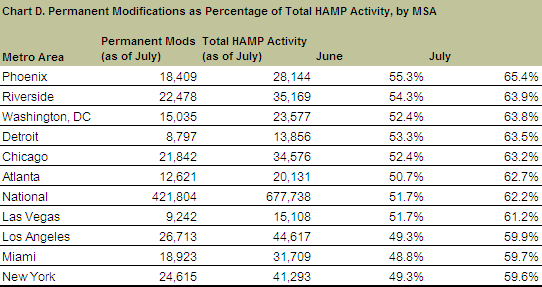 The Treasury data reports that 60 percent of borrowers with permanent modifications listed “loss of income” as their reason for hardship. Even after modification, 64 percent of the median permanent modification borrower’s income goes to servicing debts, including mortgage, automobile, and credit card payments (this number was 80 percent before modification). The average HAMP borrower owes 50 percent more on their home than it is worth in the market. These figures are likely equally or more severe for those homeowners who were dropped from the program or did not qualify for HAMP in the first place.
It’s clear that, while HAMP has helped thousands of homeowners save their home and achieve an affordable monthly payment, it is not enough to prevent the large number of foreclosures triggered by unemployment and underwater home values. Widespread principal reduction and assistance for unemployed homeowners will be crucial to making a dent in foreclosure crisis.
September 1, 2010 at 1:36 pm
Uncategorized
Tweets by @WoodstockInst