“All three Community Investment Awardees have contributed greatly to the Chicago region’s response to the foreclosure crisis,” says Dory Rand, President of Woodstock Institute. “Whether it’s designing and organizing support for stronger vacant property standards, or steadfastly reporting on the collapse of the housing market, our awardees’ invaluable work has better equipped the Chicago area to recover from the depths of the housing crisis. We are excited to honor their contributions.”

Community Investment Awards reception and screening of The Flaw

About the Community Investment Awardees 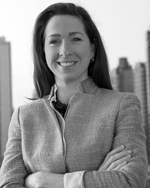 Bridget Gainer is the Cook County Board Commissioner for the 10th District, representing the North Lakefront and Northwest side. Commissioner Gainer has over 20 years of experience in the non-profit, public and private sectors and her career has provided her a strong foundation in finance, human services and the workings of local government. Bridget began her career as a community organizer in New York City; she continued that work in Chicago where she founded a community center at Senn High School. In 1997 Bridget went to work for the City of Chicago’s Budget Office and then the Chicago Park District. As the Director of the Lakefront Parks Bridget generated $50 million dollar in revenue and managed a staff of 200. In 2001, she began working at Aon, a Chicago based insurance broker, in a variety of financial and strategic roles with a focus on pension and healthcare policy as well as risk management in the public and private sectors. Commissioner Gainer’s most recent accomplishment has been the passage of the Cook County Vacant Building Ordinance, the County’s most comprehensive policy to address vacant and abandoned buildings. The Ordinance creates accountability for owners and mortgagees to maintain, secure, and  enclose the vacant and abandoned homes that are plaguing our communities. The ordinance also established a County-wide registry that will help track and locate vacant properties and allows for the Cook County Administrative Hearing Department to adjudicate non-compliance hearings for municipalities, a major time and cost saver. Moving forward, Commissioner Gainer will build on her housing policies by working to launch a Cook County Land Bank. Land Banks have developed across the country in the last ten years and have proven enormously effective in addressing vacant buildings, finding intermediate uses for land and property in weak housing markets and stabilizing communities and their tax base. They have also become an alternative infrastructure to deliver affordable housing without relying exclusively on shrinking Federal funding. A native of Chicago, Bridget lives on the North side with her husband and their three children. Bridget’s top priorities are strong fiscal oversight of the County’s $3 Billion budget, preservation of the safety nets for the residents of Cook County and bringing innovative solutions to the issues of foreclosure and pension underfunding. 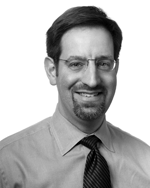 Adam Gross joined BPI in 1995 and now directs BPI’s Affordable Housing Program, which works to create and preserve affordable housing and to ensure that it is distributed equitably throughout the Chicago metropolitan region.  The multi-pronged program develops, advocates for and helps implement state laws and policies; works with municipalities, counties and community organizations to create and implement local policies; and builds coalitions and educates policymakers and the general public.  In recent years, much of Adam’s work has been devoted to developing and building support for state and local policies to address the foreclosure crisis.  For example, he has drafted several pieces of state legislation and amendments to the City of Chicago’s Vacant Property Ordinance, helped to develop the Cook County Circuit Court’s foreclosure mediation program, and begun to develop a land bank.  Previously at BPI, Adam worked on the legal, policy and planning issues involved in the transformation of public housing and the development of mixed-income communities and represented public housing residents in the landmark Gautreauxpublic housing desegregation litigation.  He received his B.A. from Yale University, his Master in Public Policy from the John F. Kennedy School of Government at Harvard University and his J.D. from the University of Chicago Law School. 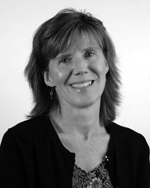 Mary Ellen Podmolik has been covering the local housing market for the Chicago Tribune since July 2008, writing stories for the Business section and a weekly column that runs in the Sunday Chicago Homes section. On her second day on the job, she quickly learned she’d be writing about more than buying and selling homes when she interviewed a Logan Square homeowner who had fallen five months behind on her mortgage payments and was worried about losing her home to foreclosure. She previously worked for the Chicago Sun-Times and the Southtown Economist, and was a contributor to Crain’s Chicago Business and cnbc.com. She began her journalism career at the Kokomo (Ind.) Tribune. Podmolik holds a journalism degree from Marquette University. She lives with her husband, three sons and overgrown puppy in a 104-year-old Oak Park “starter” home they bought more than 15 years ago.

About the Community Investment Awards

Since 1990, Woodstock Institute has given Community Investment Awards to honor policymakers, community leaders, journalists, and financial institution representatives who have made outstanding contributions to community investment and prosperity. In 2011, Woodstock Institute presented Community Investment Awards to Curtis Monday of WVON, the Coalition for Community Banking, and Casandra Slade of Lake Forest Bank and Trust.

For more information, please contact Tom Feltner at 312-368-0310 or tfeltner@woodstockinst.org.