“Attorney General Madigan has worked tirelessly to protect Illinois homeowners from unfair foreclosures,” says Dory Rand, President of Woodstock Institute.  “We are pleased to welcome her and look forward to her remarks on how the national mortgage settlement will benefit Illinois homeowners.”

Community Investment Awards reception and screening of The Flaw

The settlement between 49 attorneys general and the five largest mortgage servicers was the result of an investigation into widespread robosigning practices. Illinois will receive $1 billion of the $25 billion settlement to help struggling homeowners and stabilize communities impacted by the foreclosure crisis. The settlement also includes provisions improving the practices of servicers to ensure that homeowners receive every opportunity to save their homes. 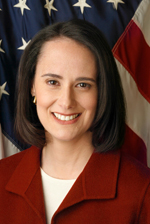 About the Community Investment Awards

Since 1990, Woodstock Institute has given Community Investment Awards to honor policymakers, community organizations and members of the media that have made outstanding contributions to community investment and prosperity. This year’s awards will be presented to Cook County Commissioner Bridget Gainer, Adam Gross of Business and Professional People for the Public Interest, and Mary Ellen Podmolik of the Chicago Tribune. Read more

In October 2008, a humbled Alan Greenspan admitted to the US Congress that he had been mistaken to put so much faith in the self-correcting power of free markets and that he had failed to anticipate the self-destructive nature of wanton mortgage lending and the housing and credit bubble it generated. Taking for its title Greenspan’s description that he’d found a flaw in his model of how the world worked, The Flaw attempts to explain the underlying causes of the crisis in more depth than any documentary to date. Read more