Chicago region HAMP modifications continue to drop, but may be more sustainable in the long run: August

Treasury does release data on the number of trial modifications that have been cancelled on a national level. Of the 1.3 million borrowers that started trial modifications, more than half did not qualify for permanent modifications. ProPublica reports that the most common reason borrowers were denied permanent modifications was that the servicer reported that the homeowner did not submit all the necessary documents—this was the case in 28 percent of cancellations, or 160,382 cases. However, homeowners and housing counselors have struggled with unresponsive servicers who have repeatedly lost documents, raising questions of who is really at fault for the large number of incomplete applications. Worryingly, servicers did not report any reason for cancellation in 12 percent of cases, or 67,913 cases. 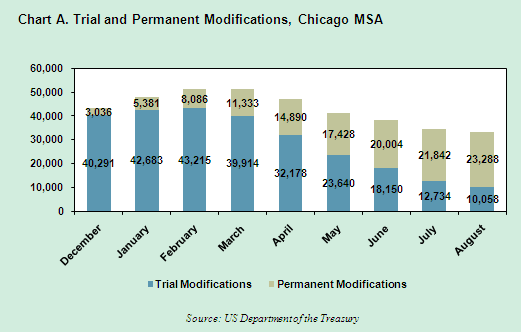 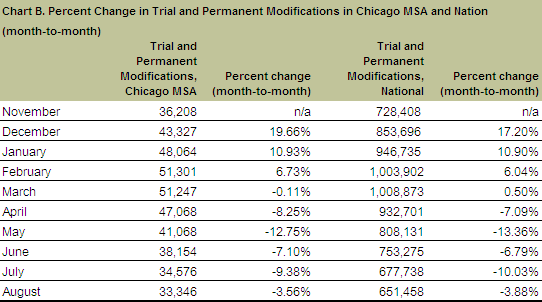 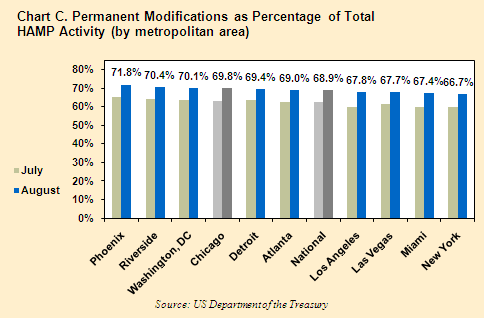 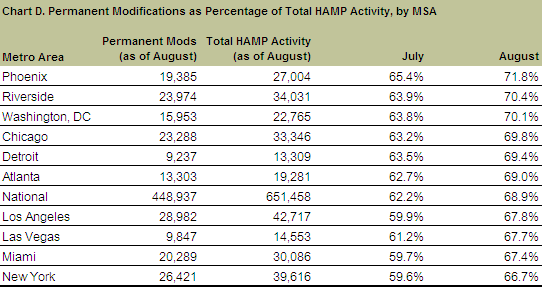