Most cancelled HAMP borrowers remain in homes, though modification growth is stalled: October 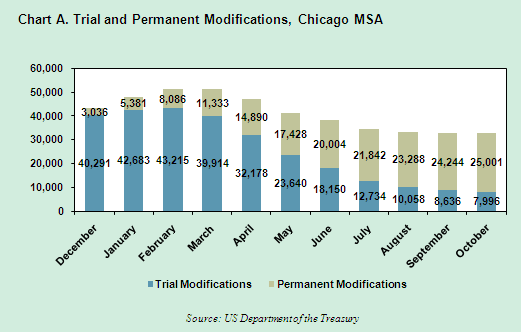 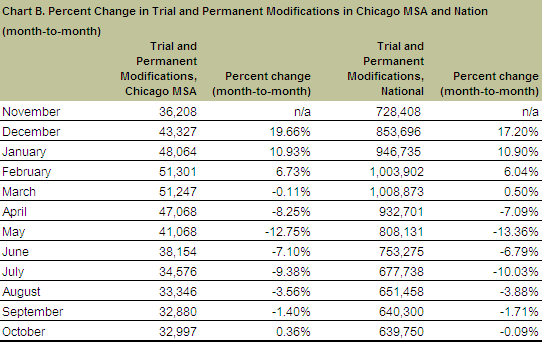 Active modifications are not dropping because of a lack of need for help—indeed, Treasury estimates that there are still nearly 1.5 million eligible borrowers and nearly 3 million eligible loans. The numbers are likely falling due to a recent Treasury requirement to collect full income documentation before starting a trial modification. Additionally, Treasury reports this month that the top reason that modifications are cancelled is insufficient documentation. Given widespread reports of documents repeatedly lost by servicers, this reason raises questions about whether the program is turning away large numbers of otherwise eligible borrowers. A new report from Housing Action Illinois tracks the outcomes of 661 counseling cases in the Chicago region and finds serious miscommunication from servicers, recommending that the government take bigger steps to hold servicers accountable for not working with borrowers in a timely or accurate manner.

It’s clear that the status quo is insufficient to adequately combat foreclosures. Regulators must push for deeper modifications that include principal write-downs. That option should also be available to homeowners in bankruptcy. Finally, we need better information on the features and outcomes of private loan modifications so we can better assess their potential impact on the foreclosure crisis. 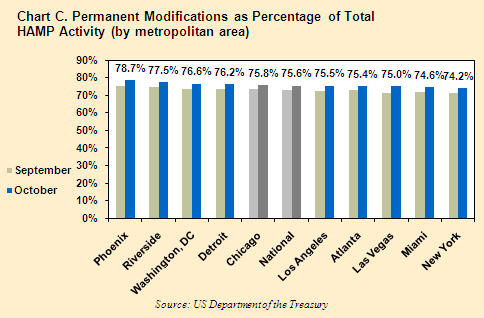 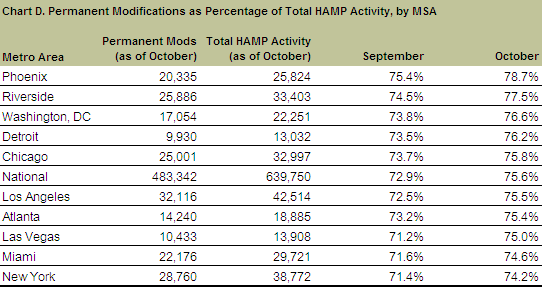