While PRA correctly targets negative equity as an important driver of foreclosure, the design of the program leaves much to be desired in terms of promoting widespread adoption of principal reduction. On the positive side, the median amount servicers lowered borrowers’ outstanding principal was 30.7 percent. This will make a substantial difference for HAMP participants, who owe 50 percent more than their home is worth on average. Unfortunately, participation in the program is voluntary and participating servicers aren’t required to offer a principal writedown even if their calculations show that reducing principal would be the best financial outcome. Loans owned or guaranteed by Fannie Mae and Freddie Mac are not eligible for the program, which rules out a large chunk of the mortgage market—Fannie and Freddie guaranteed 75 percent of mortgages originated in the first quarter of 2011.

The data released in the May and June HAMP reports show that few principal reductions are being made, considering how many homeowners are underwater. As of June, just 26,258 trial PRA modifications were started across the country and only 18,195 are still active (see chart below). Borrowers stay in a trial period for three to four months and, if all goes well, they receive a permanent modification. Only 6,941 permanent modifications are active across the US.

How does this square with demand? Nearly a quarter of all residential properties with a mortgage were underwater at the end of last year, according to CoreLogic data. In the Chicago region, that figure was even worse: 25.4 percent of all residences with a mortgage were underwater in 2010, while 5 percent were nearly underwater. As we mentioned earlier, negative equity is particularly severe among HAMP participants.

Given the context of widespread negative equity, principal reductions are extremely effective compared to other types of loan modifications, such as interest rate reductions and term extensions. It threatens the success of foreclosure prevention programs when a borrower is given a loan modification and eventually falls behind again, also known as re-defaulting. A report by the Federal Reserve Bank of New York found that “restoring the borrower’s incentive to pay [by writing down principal to current market value] nearly quadruples the reduction in re-default rates achieved by payment reductions through interest rate modifications and term extensions alone.”

It’s clear that principal writedown could prevent thousands of foreclosures when 11.1 million mortgages are underwater across the country. The tens of thousands of modifications offered under PRA are nowhere near enough to make an impact on negative equity-related foreclosures. Unfortunately, the pace is unlikely to match demand, given the voluntary nature of the program, the fact that Fannie Mae and Freddie Mac loans are prohibited from participating, and the persistent underperformance of similar programs like HAMP.

The financial industry has a slew of philosophical objections to principal writedowns, but the fact of the matter is that principal writedown is the most effective tool out there for addressing a growing cause of foreclosure. If the federal government will not take aggressive action on negative equity, state and local governments should explore their own ways of helping underwater homeowners. One promising example is Mercy Housing’s recently-approved Mortgage Resolution Fund that uses federal funds to buy up delinquent loans from servicers and reduce principal. 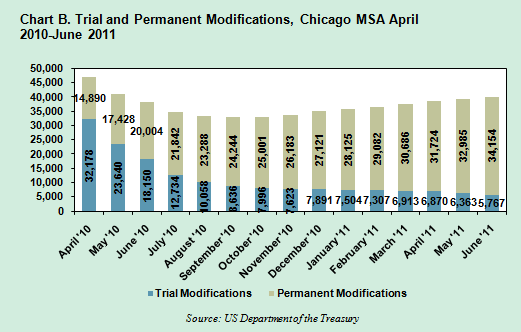 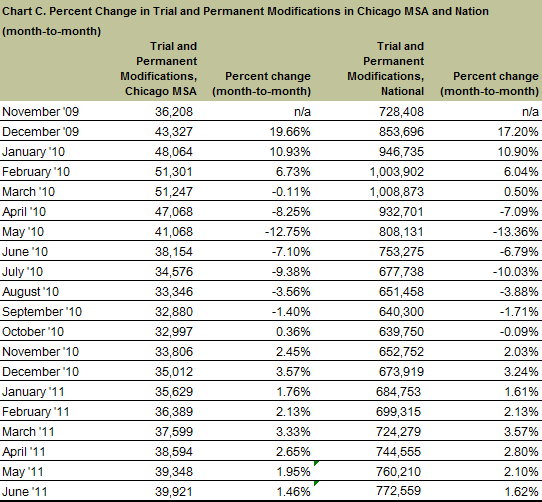