Slow rate of HAMP modifications in final year of program suggests hundreds of thousands of homeowners could be left stranded: September HAMP analysis 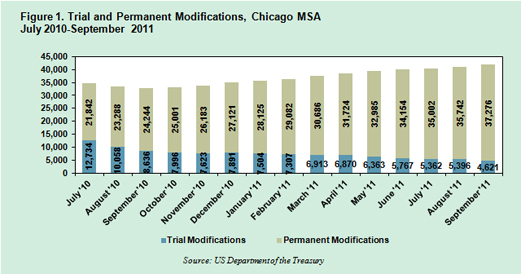 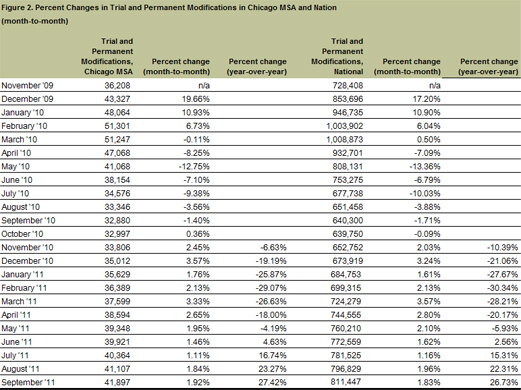 As we discussed last month, large increases in program participation year-over-year are to be expected of a new program that is ramping up and is not necessarily an indication of a successful program. Indeed, the slow month-to-month growth suggests that HAMP will fall far short of its goals unless the pace of new modifications increases significantly. Treasury does not report data on the number of new modifications on a local level in its monthly scorecards, but we can draw some conclusions about the rate of new modifications locally by looking at national numbers since local trends typically track national trends closely.

In its quarterly report, SIGTARP makes several recommendations to Treasury that would increase the effectiveness of the program, noting that “with just one year left for new mortgage modifications in HAMP, it is not too late for Treasury to make changes to the program and there remains much that it can do to improve.” SIGTARP’s recommendations include establishing and holding servicers accountable to clear benchmarks on the length of time it takes for trial modifications to be converted into permanent modifications, the conversion rate for trial modifications into permanent modifications, the length of time it takes for borrower complaints to be resolved, and the percentage of modification paperwork that is missing. In order to effectively hold servicers accountable, SIGTARP recommends that Treasury vigorously exercise its capacity to levy financial penalties against servicers. However, Treasury has declined to take further action on SIGTARP’s latest round of recommendations, which may limit HAMP’s ability to reach the greatest number of distressed homeowners.