Register for the research symposium and bash 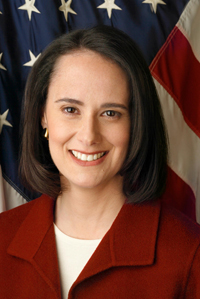 General Madigan and her team have partnered with consumer advocates on issues such as fair lending, consumer protection, and foreclosure prevention. She was an early supporter of the Consumer Financial Protection Bureau and a leader on state legislation to rein in payday and installment lenders in 2005 and 2010. General Madigan relied on Woodstock Institute’s research when she took on mortgage lending giants such as Countrywide and Wells Fargo (for discriminating against African American and Latino borrowers) and achieved significant settlement agreements.

General Madigan stood up for consumers as a lead negotiator in a settlement reached by 49 state Attorneys General with the country’s largest banks and mortgage servicers for improperly handling foreclosure documents, commonly known as “robosigning.” The settlement brings nearly $2 billion in relief for Illinois homeowners in the form of direct assistance to homeowners and restitution to families who lost their homes. Last month, Madigan also announced $70 million in funding for housing counseling and community revitalization organizations using funds from the landmark settlement, in addition to $20 million in funding that the Attorney General had previously committed to Illinois’ regional legal aid providers.

We are incredibly excited to have General Madigan address attendees at Woodstock’s 40th anniversary Bash on October 2. The Bash begins at 5:30 p.m. and the program will begin at 6:00 p.m.

I hope you will join us!